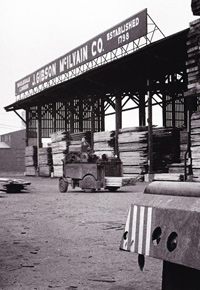 McIlvain lumber helped build this great nation, and the success of the J. Gibson McIlvain Company (website) seems tied to the fact that it just keeps on building. Decades before these United States were even states, the McIlvain family was taking root in its promises of a new world and the opportunities that it held for those who were tenacious enough to stick it out through those first several years. The Revolutionary War had not yet been fought, and the Declaration of Independence had not yet been drafted when the McIlvain family began exercising its rights to “Life, Liberty, and the pursuit of Happiness.”

The official beginning to what would become the J. Gibson McIlvain Company came in 1798, when Hugh McIlvain started his own lumber business near the Schuylkill River, outside the growing metropolis of Philadelphia and the competition of those lumber yards located along the larger Delaware River. While some might have seen this locale as a high-risk enterprise, the fact that you can still buy McIlvain lumber over two centuries later is an encouraging reminder: Sometimes you play an angle, and it actually works! As Philadelphia gave way to growth and westward expansion, McIlvain lumber proved to be positioned just right to provide the needed materials for the needs at hand. 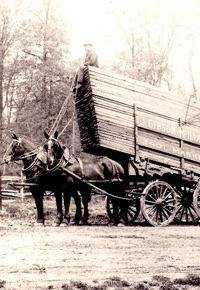 Easily accessible to Baltimore, Maryland, due to new bridges over the Schuykill, the McIlvains’ lumber business continued to grow. Others, however, floundered in the wake of politically prompted trade restrictions. When Thomas Jefferson disallowed exportation of wood, many of McIlvain’s former competitors went bankrupt. In the mean time, McIlvain lumber was being used to build the White House, the Supreme Court, and the many buildings that comprise the Smithsonian.

In the next century-and-a-half, prosperity and growth befriended both the fledgling nation and the McIlvain lumber enterprises. The company’s first specialization emerged, as well: hardwoods. Both industrial and domestic demands helped prompt this change that is not dissimilar to today’s business practices of J. Gibson McIlvain: to study and respond to emerging markets and anticipate increased demand. 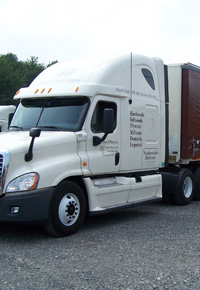 With those three pivotal expansions, the J. Gibson McIlvain Company continues to grow and respond to increasing customer demands. Still specializing in high quality exotic and domestic hardwoods, McIlvain also furnishes an impressive selection of both softwood and plywood, as well as an extensive selection of millwork.

Hugh McIlvain’s dream is still being realized, 7 generations later. The current president is J. Gibson McIlvain III, and a key member of the 7th generation is Caroline McIlvain, the company’s international purchaser.

When you purchase McIlvain lumber, you are buying more than quality lumber: You’re buying wood from the same family that helped build this great nation, from the start.

Read more on the McIlvain blog: